Here is my 200th post.
Which finds me, again, unsure, over going on.

This blog was started, as it will probably end, in sadness.
From being unwell, and the last of our family line.
Painfully alone.

Realising the flat would simply be cleared
(thus art, poetry, writing, totally destroyed)
after my death,
I decided to commence a cyber memorial.
For lost life, ruined by chronic illness.

I did not know enough about blogging to notice the flaw in my idea.

People normally only visit around the day of publication.
Then, until adding new material, views fall away toward zero.
Resulting in that very oblivion I hoped to avoid:
A dead site.
Sinking, forgotten, beneath the vast digital ocean’s surface.

Recently, I have another worry: political correctness and censorship.

I’m a victim of all these.
(Eventually driven from three different homes as a consequence.)

Now, perceiving such topics contain potential to offend,
when preparing to edit past work involving them most
(while seeing reports of entire sites deleted without warning),
makes me quite anxious concerning how much I should self-censor?

As this blog is my sole public voice, I don’t wish to endanger its survival.

Fearing a return of that silent isolation, where the journey began.

It would be interesting to hear your opinion?

Thank you for reading. 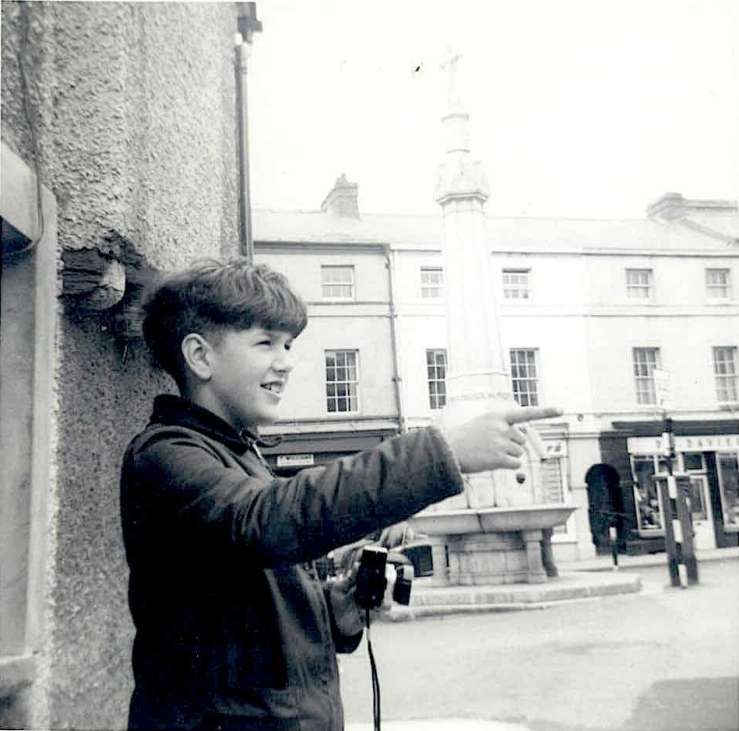 A youthful finger
points the way.

But looking back on
where things led

what could I really
say to him?

Now fragile words
are all there’s
left
that tell

Since diagnosed with an incurable, progressive, and dangerous medical condition
(tending to require mind-numbing painkillers (e.g. morphine)),
I’ve focussed on editing a 47-year backlog of writing.
Before mental clarity declines any further.

At times, blogging has felt like a race against death: saving my art from oblivion.
No-one is here to preserve it, after I’m gone.

Unfortunately, multiple illnesses leave me little energy for networking, or growing an audience.

However, by around the 200th post (September), a great majority of my past output should be online.

As a lonely person, existing in painful obscurity, I still imagine being popular, one day.

Thus, beyond forming a tiny, neglected, cyber-memorial for my lost life,
I actually wish a few more people would visit this site.

(Presently, dependant upon the WordPress Reader, posts quickly disappear down the feed. Then views fall away, until a new piece is published.)

Yet, perhaps those other platforms might be too distracting?

there’s also a novel I need to finish…

Does anyone find Social media helps grow their blog?

Or have an opinion on which platform is best for writers/artists?

Thank you all for reading.

My thumb and finger infection persists. The nail is hanging partly off.
Still oozing pus. On 10th day of antibiotics.

Am quite anxious, and fed up with it, after almost 4 weeks.
Hardly able to write due to pain.

Another birthday alone in my flat, feeling too ill to go out.

Which, for me, is the norm.

Hope you are all well?

Drizzle coated everything in soft spray.

Removing his wet glasses changed the view to an impressionistic haze.
Which seemed more comforting than stark reality.

Pocketing his spectacles, he carried on without them.
The area was quiet.
Occasionally a bush would rake its branch tips over his jacket, if he came too close.

He thought about those already in bed, at this hour. Behind thousands of facades across the town.
Unknown minds, many possessed by dreams.
While he wandered around, unseen.
A restless, forlorn, spirit.

But, later, nearing the corner to his own street, excited chatter, laughter, and screams, revealed a cluster of young girls, hidden in shadows.
Amid large, overgrown hedges.

He crossed the road, rather than intrude upon their space.

“Look: there goes that queer!”  Shouted a female voice.

What could be done?
This was the life he knew.
Friendless. Depressed. Abused. Alone.

Some unexplained stigma appeared to mark him a reject.
The 22-year-old virgin, who’d never been on a date.
Each new humiliation scratched an unhealed wound.

Feeling mired in shame, he fumbled for door keys.

Wearily he climbed, up creaking stairs, toward his room.

It’s deeply disappointing to me, after having failed to find love, how
easily haters are attracted.
Even now, though old and ill, I still draw hate.
Often without knowing why.

Starting blogging, I dreamed of becoming popular. For the first time…

Two years later, getting a single comment remains the highlight of my week.

Maybe you could leave one, and cheer me up?
LOL!

Thank you for reading.)

(PS: Not so much morphing to poetry, from the prose, in this post.)

An aged image casts a lure

as my gaze meets
once sighted eyes
past living.

What reflections might be heard
if these long silent lips could
regain speech?

In fading prints
of monochrome
I look upon them still:
Victorian and Edwardian days.
Quite close to ours
they feel.

When browsing books of photographs
collecting vintage scenes
where bustling city streets show
people stressed or hurried
chasing after needs which
seemed so vital then
but did not leave a trace.

Like those faces briefly
turned aside
forever now
concealed.

Around some corner
through old doorways…

They’ve all gone
ahead
before us.

Fared forth on
unglimpsed
destinies. 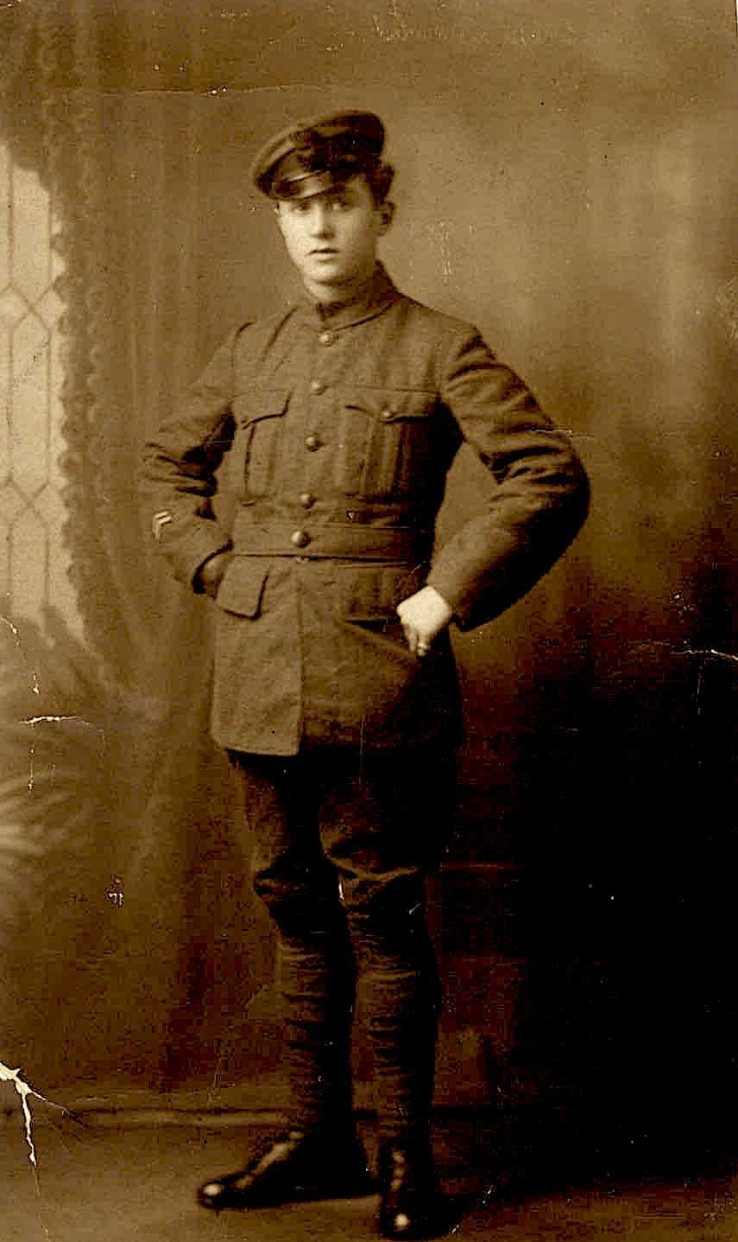 I was struck by how, from mid 20th century, viewers may know everyone seen in specific dated photographs could not possibly be alive.

Examining such reproductions of reality populated exclusively by the dead, is a fairly recent human experience. Just a few generations old.

(Portraits used above are the only ones to survive from my grandparent’s youth:

I honour and miss them all.)

While time remaining wanes
I live alone in lostness
as my failure to find love has left
the chain of family
broken.

Thank you for reading.) 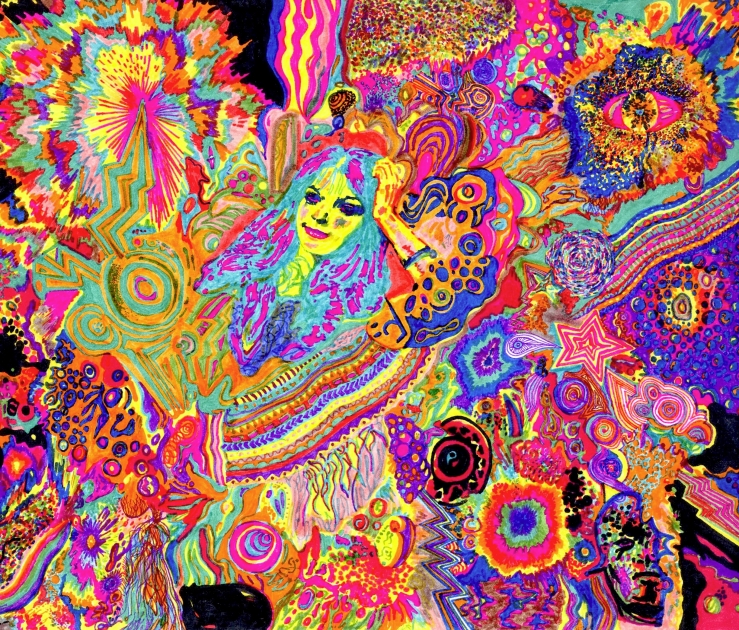 The image above dates from around my 16th birthday, in 1972.

Hit by a virus, at present, my ability to concentrate on writing is badly affected; together with low mood (anxiety and depression).

For the first time since launching this blog I feel unable to compose a weekend post.

But, unwilling to give up completely, decided to add a sample of art.

Mentioned previously: frustration at being unable to find a scanner compatible with an ancient computer.

Not satisfied with my photography, I recently took some work for scanning by a local printer.

I started drawing as a child, totally self-taught, mainly in pencil or ballpoint pen.
Later being given a set of nylon tip pens. These, for lack of “proper” art materials, I carried on using. Struggling toward expression and a certain sense of beauty.

Shall commence by posting images separately, seeing which are more popular.
Then collect all together on a new page once the series has progressed a little.

Wishing everyone a happy new year!

Reaching my 100th post I thought I would attempt something new…

(“Start successfully blogging?” says a voice in my head.
I ignore this, so it adds:
“Getting more than 10 views?”
But I am not engaging with an inner critic, now.)

…namely, putting the first images on this blog.

…who may be unfamiliar with my situation :

I am struggling really hard to keep going, through severe levels of chronic illness (see Losing my Muse ).
Being down on one post per week: I experience difficulty managing even that frequency.
A great deal remains for me to do: in placing my unpublished writing online. It will take at least another year, probably longer.

My computer is so old I cannot find a scanner to work with it, for uploading artwork.
Never had a camera, either. Hence I bought my first smart phone.

Unfortunately, due to neurological symptoms, it is tough learning new things. Short-term memory is affected, and the ability to follow sequences of instructions.

Thus, despite knowing that photography involves terms such as “ISO, f-stop, aperture, shutter speed,” etc: I am unable make them cohere together in my mind. Therefore I have been reduced to a basic point-and-click approach.

Looking for beauty in my environment I decided to take a few flower pictures.
Here are some initial efforts, as a total beginner: 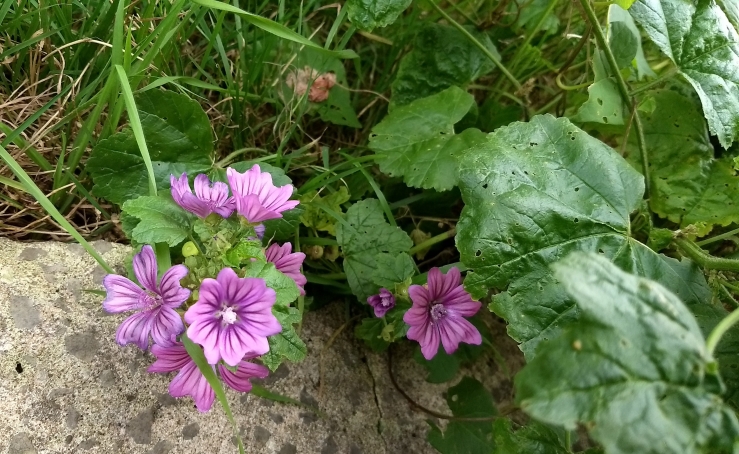 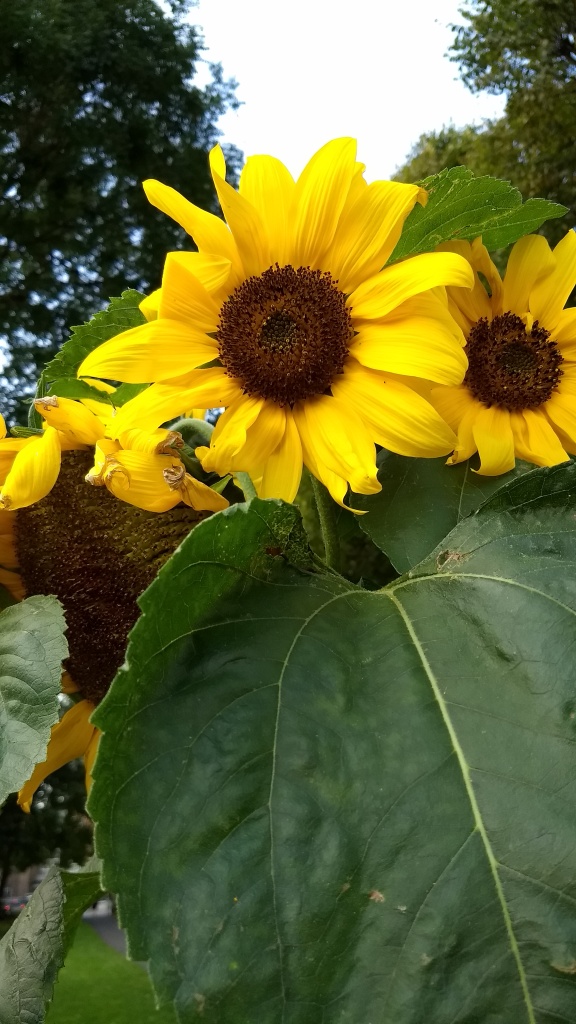 It is often breezy in the West of England, where I live. I had not realised how much flowers are moved around by the wind, until getting close up to them.

Though once an artist, I have no confidence at all with a camera.

I hope to return next week: with more normally abnormal philosophical ramblings.